The Sol Journey: Sun in Pisces

Sol, our Hero, represents our growing consciousness; our natural inclination to rationally understand our world by placing ourselves at its centre; our desire to clearly distinguish our sense of Self and to become that in our own light; to heroically shine upon others as an example of a truly creative entity. His self-emanating light only exudes the purest level of integrity; a mastery gained through personal experience and an ability to confidently express the finest personal attributes. Sol’s journey represents the evolution of our consciousness as we follow his trials and challenges against the prevailing conditions of each constellation.

Our Hero, after recently leaving the progressive-minded  ‘civilisation’ of Aquarius, with all its utopian visions of modernity, of equanimous sociological order, of technological and scientific wizardry, now dives into the domain of Pisces.

Drifting far beyond the Aquarian horizon, he is submersed into the swirling sea of confusion and tidal malaise. His visibility becomes blurred by a myriad of sensations that cascade over him as he sinks into a sudden state of dissolution. He becomes physically weakened. His usual heroic ego has become rarified and slowly dissipated after the shockingly depersonalising effects through Aquarius. He senses little chance of withstanding the subtle, yet destabilising waves of seemingly random influences that cascade upon his senses. Finding that the more he struggles the more depleted he becomes, his disposition takes a negative turn. He begins to sink into a maudlin sense of sorrow and despair.

This is not becoming of our hero. He knows this, and seeks to once again regain his composure.

Soon, the presence of mind finds him again. At once, he decides to shift into a different mode of expression. Learning that it is best to surrender here rather than to fight against his watery surrounds, he begins to float up to the surface again. “It seems more easy not to struggle and go with the tides” he concludes. In this conscious decision, Sol finds respite. With this intention to rest he becomes still and peaceful with himself and with his environment. The cool refreshing waters of the infinite ocean slowly reconnect him with all that is. He feels capable of absorbing any sensation comes his way. But he feels slowly drawn away by the streams and currents. He wonders whether this is where he wants to go, and what has become of the command of his own direction.

Is this really what he wants? To be at the pull and mercy of the elements?

In the deepening waters of Pisces, Sol becomes aware that not all that the loving universe casts his way is necessarily positive and helpful towards his ability to remain clear and certain. In fact, much of the tidal sways run contrary to his own well-being and his own, inner sense of integrity. He senses the pain and suffering of every entity, living and beyond. He feels an intense affinity with how everything has to endure the rigid fate of its own conditioning. He hurts along to all the cries and sorrows of the earth, now begging to be understood and forgiven. He observes how everything must accept its cursed confinement to the rigid physical laws of density and limitation. Here, Sol shares an enormous compassion for all things, living or inanimate, entrapped within their own karmic destiny to suffer and endure their written fate.

Though he is moved to the point where he must accept and suffer for it all, our Hero’s plight is always to shine and to creatively perform the greatest acts of inspiration.

So what to do? How does one shine when their authority and presence becomes overwhelmed by the sensation of suffering? How does Sol maintain his radiant presence and seniority over all things when he feels his strength becoming slowly eroded by the outpour of ailments and complaints from everyone and everything? So many…

His immediate response is to escape and find some respite. To find a secluded point where in his solitude and meditation he may gain greater self-command. Surely if he discovers the true source of all this suffering, he stands a chance release humanity from its afflictions, disillusionments and sorrows…

He learns that up ahead in the distant waters, the great ruler of the oceans – the great Neptune himself is there. Perhaps he can arrange a meeting.

As he goes deeper, he is drawn closer to the royal kingdom where King Neptune presides. He calls upon his Moon (Luna) to meet him there. Soon, she too will arrive, and together they will meet the great King of the seas. Sol holds much hope and promise that Neptune will help him manifest his desire to somehow bring great relief and salvation to all those suffering souls. Inside his heart, Sol holds a dream that promises to release the world from its illusions, and its mistaken notions that it is attached to a fixed karma. In this, he promises to heal humanity and assuage its pain. Yet, at the same time, he seems slightly uncertain about the outcome of this meeting.

Luna will soon reach Pisces too.
However, before Sol’s great conjunction to Neptune, she will eclipse his efforts…

Pisces – The Art of Escapism 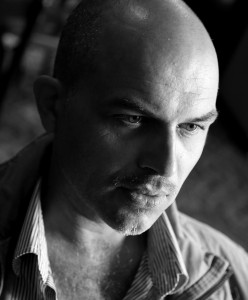 Want to get the most out of your own personal journey?

Whether you are transiting through a difficult period, or simply wish to enrich your life with deeper understanding of your personal dynamics, particularly against the current transits, a shamanic life-reading provides all the clues on how to best navigate through this epic journey towards self-realisation and reaching utmost contentment.

Gain a lifetime of personal insight in just one session. Apply for a private session with Ang today (via Skype). 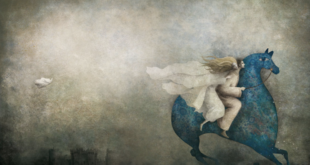 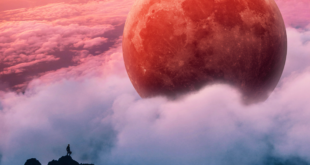