What has gone viral is the F.E.A.R. and fear alone. We attract the worst possible outcome when we psyche ourselves into anxieties about poverty, humiliation, harm, illness and death.

Advertisers know this. Politicians on a shaky campaign know this. Parents and power-mongering neighbourhood gossips know this. They can psyche you into a corner so that they can feel big, exploit your energy. Fear sells because, like sex and greed, it appeals to your most carnal root sensations of the ‘survive or die’ mechanism. That’s your primal, animalistic instinct and it is now being used to pitch you into a contest where you are likely to become possessed with any manner of madness to ensure that you don’t miss out.

Not saying there isn’t such a thing as the Corona, of course, nor doubting its contagiousness or lethality. It’s real and it is taking lives. We still have no full knowledge of its scientific properties, and despite all the rumours and wives-tale remedies going around, there appears no cure or prevention.

When Pluto (full-power, death & regen) met Saturn (control, consequence), Ceres (food, nutrition), Sun (authority, creator) and Mercury (communication, transmission) around mid-January the seeds to a global fear pandemic were born. Those who aligned with the Capricorn auspices of ambition and social success immediately saw the opportunities to advance their stakes in the race. They will use every opportunity to shut down, limit, censor and control all freedom just to give them free reign.

Watch how, as mighty Jupiter (law & order) slowly approaches his first conjunction to Pluto (Apr 05), the publicity campaign for subservience to fear and terror also triggers Eris (envy, FOMO). Jupiter hypes it all up as it appeals to our moral high-ground and our ethical & religious righteousness.

Jupiter/Pluto will have us either completely mangle and pervert the truth in order to have our way, or have us embark on a ‘holy crusade’ to ensure the ‘real’ truth triumphs. We may be haplessly swept up in the propaganda, but it will be damned near impossible to know what’s ‘right’ or ‘wrong’ until much later.

If you become possessed to engage, you too become a pliant slave to feverishly unstoppable regimes, and you will fight like your whole life depended on it; may do and say most horridly regretful things to stay atop.

WATCH: Observe how F.E.A.R-ful talk gets into your community, becomes an epidemic which amps up more and more over the next week or two. As Mars moves closer into alignment, be mindful of how easily you become triggered into panic, fright, and a convoluted sense of moral indignation.
ACT: Be very deliberate in your actions, knowing the first step in any direction could see you hurtling uncontrollably away from your centre, marching to spread the F.E.A.R-plague. 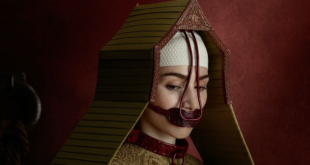 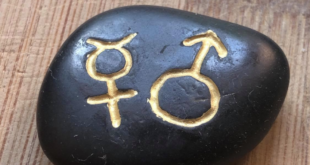