At precisely 11:52 UTC, on Tuesday, June 14, the world will experience the height of the Full Moon at 23°25′ Sagittarius, the first since last month’s Total Lunar Eclipse and the second of four consecutive supermoons in 2022, appearing about 30% brighter and 17% larger than usual.

Full Moons are the culminating phase of the monthly cycle that begins two weeks earlier with the New Moon, the beginning or seeding stage of the most significant of all celestial cycles. The event sees the luminaries, Sun and Moon, polarised, indicating the climactic point of maturation and fulfilment of matters brought into inception at the New Moon.

The New Moon in Gemini (May 30) foreshadowed a lunar cycle whose primary intent would be to bring conscious awareness of emerging new ideas and information taking seed and circulated through mundane channels of communication, media and trade. After two weeks, the Moon’s transit through the zodiac into the opposing sign Sagittarius produces a full reflective glow to the Gemini Sun, allowing us to examine how well those ideas are integrated into the bigger picture.

An almost exact T-square (A1º58′) from Neptune in Pisces imbues subtle, yet significant stresses upon the effects of this Sun/Moon opposition, while Saturn in Aquarius applies a softer, more harmonious influence to both Sun (trine) and Moon (sextile) efforts.

Saturn is currently stationary retrograde, forming a precise semisextile (0ºS12′) to Neptune, who is also stationing to retrograde later this month. Other significant aspects include Mercury’s sustained trine to Pluto, its semisquare to the Mars/Chiron conjunction while Venus directly sits upon the Uranus/Node midpoint.

So let’s have a look at what is being presented here and try to delineate these stellar combination into some cohesive synthesis:

The mutable-air Gemini Sun’s primary force is to illuminate the logical, rational reasoning processes in our lives, enlightening us to use our senses to become more observant, respond to stimuli, make cogent connec­tions, collect information, data, facts and figures, think in scientific, em­pirical, induc­tive terms. Whilst this is essentially a random, amoral, superficial procedure that occurs in the mind of each individual, it can produce a scatterfield of data, mental restlessness and a preoccupation with trivia, facts and statistics that may be interesting to know and exchange but suggest very little without context.

Enter the Sagittarian Moon, whose polar opposition aims to reflect all of Gemini’s random perceptions by assimilating, processing and conceptualising them into a coherent narrative. Sagittarius seeks to find meaning in the logic, to provide purpose and direction to Gemini’s mental pursuits and evident real­ities. The mutable-fire Full Moon hence generates inspiration and instinctively serves to accommodate insights that will add context and enrich our daily lives.

Mutable quarters create stress that leads to adaptation. Random facts are useless to Virgo unless she can apply them to some practical function, and superfluous to Pisces unless they assist in articulating the wealth of emotions and psychic experiences into fantastic tales. But it is Sagittarius who most directly conflicts with the Geminian mental processes, trying to weave their randomness into some mean­ingful context. The opposition advances our moral and spiritual development, using valid facts to ex­pand our consciousness, enabling us to perceive the minutia of life through the perspex of a higher understanding. Words and ideas help form our philosophies, religions, ethics and laws, providing some unity of purpose that helps transcend the diversity of our ex­periences into the realms of the divine. Ideas that do not proffer any cohesiveness become dropped, dismissed and discarded as trite and meaningless.

Here, we can see why Sagittarius makes the perfect partner for Gemini by trying to marry facts to meanings. As many of us might be experiencing under this Full Moon, disagreements and dissent are often caused when the ‘data’ either doesn’t add up or, in this instance, we are dealing with questionable or dirty data. The challenging T-square from Neptune – an outer planet whose fundamental nature eludes definition because it signifies all that is vague, imaginary, fallacious, ill-defined, and fantastical – creates an atmosphere of mental chaos.

Neptune’s muddying influence upon this purpose-building, meaning-making lunation produces a wave of delusions and fallacies, in which both raw information and the narratives we try to form become diffracted and distorted beyond any sensical proportion. We are unsure what to make of anything or what to believe or dismiss when discrimination between fact and fantasy is not correctly perceived and metabolised.

Both our mental consciousness (Gem Sun) and intuitive hunches (Sadge Moon) are forced to view reality through Neptune’s mind-warping filters, so everything we see and hear seems tinged with a spell of incredulity and conjecture. When our perceptions become clouded by personal bias and fantasies, we get the sense that someone is twisting experiences in their mind so that they fit into more acceptable narratives.

Even with the more harmonious aspects to the Sun/Moon from the scientific-minded Saturn in Aquarius, who attempts to install some formal regulatory structure, the distrust and confusion continue to spread rampantly. This is because Neptune’s semisextile (30º) effect on Saturn subtly undermines any old or existing social networks to the point where they become virtually redundant. An old, nearly expired version of spirituality which began when Saturn and Neptune were last conjunct in 1989 is drawing to a close. We are still years away from instituting a whole new order, one that everyone can accept and enjoy.

In the meantime, all prevailing interpretations of our past and current reality become discredited, mainly because it seems that everything we see feels at odds with what others tell us, and we are left not quite knowing what to believe. We seem mired in a sea of fallacies and pluralistic ignorance – an atmosphere where unsubstantiated assertions are often delivered with such conviction that they sound as though they are proven facts. Also, our situation appears such that any minority position on a given topic is wrongly perceived as the majority position, or conversely, the majority position is wrongly perceived as the minority position.

The approaching Uranus/North Node conjunction in Taurus (exact Jul 31), now magnetised by Venus, suggests that new insights and technologies are about to enter our lives, advancing our entire economic and material value paradigms onto a whole new level. While we can feel the great shift by its disruptiveness to our lives, there is little we can do but prepare for the ‘great reveal’.

This combination produces an “Emperor’s New Clothes” scenario, where individual observers can see something is amiss but believe others are considering taking action, so they refrain from acting, waiting for others to act when in reality, nobody takes any action at all (see, climate change, rampant government corruption, corporate crime and oligarchy, data mining, widespread economic tampering by the elites, lucrative wars, etc)

While it is indisputable that we are living in the Age of Information, computer algorithms and Artificial Intelligence, we are still arguably in the infancy of this age – the “wild, wild west”, as it were. Structured institutional fallacies are employed in place of valid reasoning to communicate a point by trying to persuade and manipulate facts, such as in the mass media in the form of propaganda, advertisements, political spin, op-editorials and opinion-based “news” shows. The internet is having a field day in distorting data to suit minority agendas, pitched to us like it is the opinion of the majority, and everyone feels disempowered or reluctant to take a stand because we are confused about what is the truth, especially when it comes out of our own mouths.

Of course, the message under this lunation may be to switch off the mind, unplug from the interwebs and seek some grounding in nature, but no. It seems that we each have our own, individual motives for staying connected and engaged because the less anything out there makes any sense, the more we search it to find some meaning and purpose in our lives.

Add to this melee the obligatory Neptunian filters (psychoactives like booze, caffeine, nicotine, weed and certain pain medicines, conspiracy theories, versions of fairies, unicorns and ufo’s, mental illness and trauma projections, victim/martyr complexes, woke sensibilities, etc), and we are stuck in the middle, entrenched in the quagmire of rhetorical arguments that only obscure and obfuscate any logical connection between facts and hearsay.

Those who follow my work on the weekly cosmic bus series are privy to a broader conversation on all this, along with access to my fortnightly horoscope offerings. These intensive mini-readings directly address the current celestial dynamics, as experienced through each zodiac sign [see below], for anyone willing to do the work. My professional guidance is always available to those who wish to support my work through your monthly tribe membership or a private session.

Thank you for your loving support. Sending many blessings, and may you have an amazing Full Moon xx 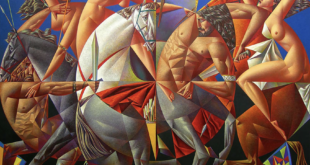 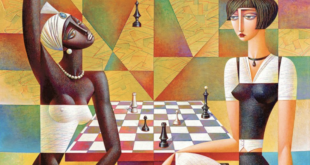 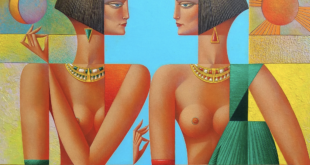 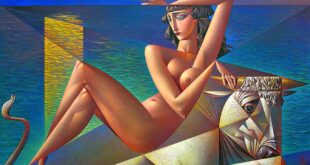 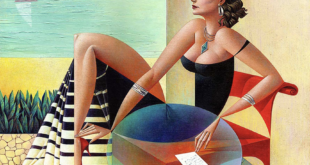 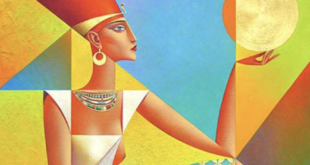 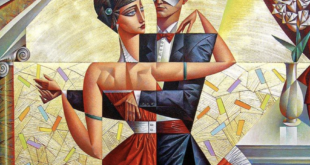 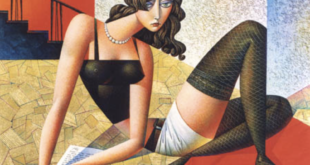 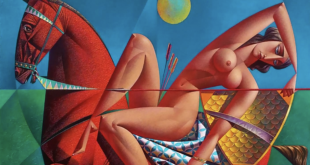 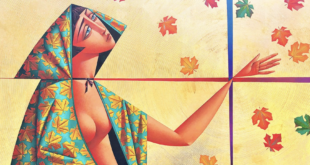 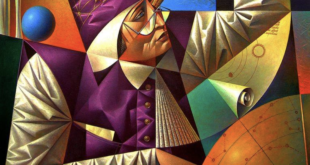 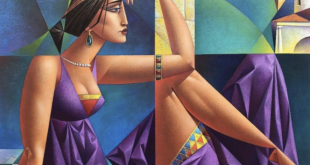 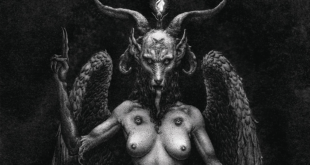 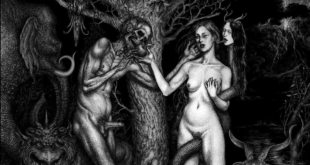