I would say I am reasonably informed about what’s happening in most parts of the world. Aside from the stars, I follow mundane events quite closely in the media, and I speak to clients all over the world daily. Wherever you are, I recognise that we are collectively experiencing something phenomenally huge, albeit in the least, quite irritating and strange. I have said many a time that our earth is shifting, structures are collapsing. I’m sure I’m not alone.

However, I cannot compare anything I hear to the absurdity that I’m experiencing going on around me, in my current hometown of Melbourne, Australia.

For the past 4 days, I have been witnessing progressively more agitated protests rising through this city. These extreme events are mainly due to people here getting fed up of been locked down in their homes for the past 18 months; enduring strict curfews; with only 1-hour exercise per day; all within a 5km(3mile) radius from their home; no gatherings/visits; only permitted to leave home for essential purposes (groceries/vaccination).

Most businesses/shops are shut, incl. large supply outlets; selected folks only are allowed to work with official permits, provided their job is deemed an essential business by the state.

Schools/nurseries closed, have hardly seen students attend class at all since this whole thing began in March 2020. Three of my own children are ‘learning online’ – a complete farce.

Mask mandates are strictly policed in all areas (indoor/out) and most public areas (parks) are not accessible. The government even tried to close down playgrounds. I’m not complaining, understanding this is this and learning to deal with the annoyance of being confined. Not even going to try to hold an opinion about the matter, since it wouldn’t matter either way.

The state governor, Daniel Andrews, has for weeks now closed down the parliament, citing the congressional process as a health risk. Censorship and arrest of dissenters are commonplace, and protests are deemed illegal and publically shamed by media and officials as extremism. We receive briefs from Andrews infrequently via the TV press conferences, always dour and scornful about the dire state of our epidemic, urging the population to stay indoors. Everywhere, in the media machine to ‘vaccinate or else’ is the only song playing all day long. Yet our governor offers no direction or clue as to when or how this forced confinement is going to ease up, even if the vast majority of the citizens have now succumbed to taking the jab.

Recently, there have been threats from Andrews that those not vaccinated will soon not be allowed to work, attend school, church, hospital, travel interstate, attend functions or shop at businesses, sparking a huge backlash on the weekend from the construction industry which, after days of angry protests, is now taking industrial action by closing down all building.

Again, I have no opinion that I wish to share here, other than to state my own frustrations that Australians are not even allowed to leave this country unless authorised by the Home Security Office.

The situation has been grinding on the health and well-being of many Australians for months now, although I’m surprised how stoically the people of Melbourne have taken these most draconian measures. However, underneath the masks, I sense seething angst and frustration.

I’m sure many of you, including those who reside in other Aussie states, has had a taste of all this, but certainly, no city in the world has endured such oppressive measures for as long as Melbourne. More concerningly, I sense the protracted tension is soon about to blow.

This morning, around 9, as I was sitting at my desk, about to start work when I heard an unusual tremor in the windows. Then I sensed the whole building start to quake under my seat, immediately realising this must be an earthquake. It seemed to last for about 15-20 seconds and I was only starting to assess the risk when it finally came back to a halt. Anyway, it happens, and though not my first quake in this town (I remember one minor tremor back in 2004), this was certainly most significant, the largest on record (mag 5.9 ).

To suggest that generally, the “rumbling has been escalating here” might have been an understatement… until that earthquake this morning. And while (as an astrologer) I have been talking about rising upsets with you all, almost daily, I’m going to say that this earthquake is a sign. Would you agree? (say yes).

Being a guy that reads signs, putting my inimitable psycho-spiritual spin on them, I would interpret an earthquake as perhaps the biggest symbol of massive change. Of all of the natural and man-made disasters I’ve witnessed since my return to Melbourne in Oct 2019 (bushfires, floods, pandemics, lockdowns, protests, etc.) the earthquake is a tectonic-scale, physical event that symbolises the manifested repressed psyche of an entire collective. The Moon, still Full was conjunct Chiron, and a stationing Mercury in Libra had just formed a precise T-square to the Pluto/Eris square. I would stress that this is only the beginning of a series of extreme supernatural phenomena that will continue to convey some portentous messages to us over the next 2-3 weeks, whether we want to hear them or not.

As your intrepid reporter sitting at the epicentre of all this chthonic pressure, I should beckon you all to watch this space most intently.

Speak to you all soon, and may the Libra Equinox bless you with its most illuminating love rays xx

I’ll have more to say on all this on the next bus episode (Thu/Fri), and if you haven’t yet, then read this: 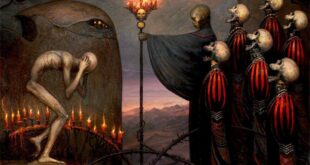 MORE RAMBLINGS ABOUT CURRENT PLANETARY STATIONS (and the ᴀᴤᴛʀᴏʟᴏɢʏØʄɴᴏᴡ) 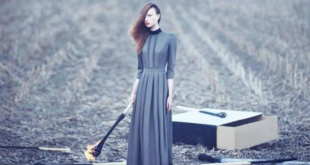 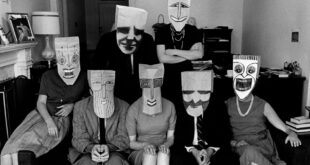 What do you do with a problem like Uranus?