Full Moons bring us moments of tremendous illumination. With the Sun’s entry into Leo, the energies of this lunation are fresh and potent because they occur at the critical first degree. Hence, their symbolism is raw and strikingly obvious. The Moon’s opposition to the Leo Sun from Aquarius reveals two very diametrically opposing realities:

Leo wants to be the one who makes all the decisions because he (being the prime predator) feels like he knows best. Never wrong, always right, the proud lion, king of the jungle, does not like to be told otherwise.

Aquarius has a problem with absolute right. She begs to differ. She prefers to defer to the consensus of the tribe. As the designated spokesperson of the group, Aquarius creates ideological movements and, if necessary, protests to the contrary in order to bring about much-needed changes and reforms to the systems of social governance.

Shifts in civil control, when resisted by both fixed signs, eventually lead to hard sociopolitical swings. Both the systems of totalitarian rule and extreme dissent among the masses could result in social revolutions and anarchy until a healthy balance is achieved.

In most parts of the civilised world, it would appear that the more extreme and unyielding forms of authoritarian rule are being employed. In a world where much division prevails, fear and paranoia are prime levers that governments will employ to get the people to comply. In our highly intersectionalised ways of thinking, we are distancing ourselves from any moderate notion of achieving any true democracy (egalitarian rule by the people), or republic (fairly elected leaders), or even a meritocracy (rule by our best and brightest achievers).

In today’s case, it is arguable that the world is becoming plagued by kakistocracy (rule by the worst; most unfit to rule). I’m guessing this will finally inspire (or force) us, as free-thinking, empowered individuals, to eventually seek an alternative, hopefully transcending the need for all exterior forms of government altogether.

Perhaps, instead of individual rulers, the future of tomorrow will be run by a singular computer-programmed algorithm, managing our resources so efficiently that we do not need to see unequal suffering. We know that much power now rests in the hands of private individuals – corporate billionaires whose wealth and prestige has come from ingenious ways to sell their novel products.

Since absolute power, in the hands of one (or a few) individuals corrupts, we need to find a way to manage ourselves on this planet without the threat of our collective fate ultimately falling into the designs of a single, corruptible, greed-driven, warmongering oligarch. But then, how can we aspire to something which has never been tested? Especially since today’s tech giants have themselves already shown that they cannot be trusted with our most precious resource: our individual freedom to privacy, free speech, ability to form new movements and even overturn the system?

Today’s Full Moon, at 01°♒26′ highlights the widespread inequality and division in our societies that still (no matter how well concealed) are run under jungle rule. The current political imbalances are hierarchical and result in the increasing predominance of wealthy elites who now prey upon the masses, restricting their freedoms and free enterprise by enslaving them into their systems of compliance through clever business and political structures.

It seems that those with enough money can buy virtually anything, including political influence. It is clear that elites of the infotech and biotech stratospheres are now intent on advancing supreme governance over the entire social order by forcing humankind’s subscription to their brands, as they go to war with one another.

The Aquarian Moon’s proximity to Pluto in the last degrees of Capricorn (both Aquarian rulers, Uranus and Saturn currently at odds in a square) describes the inherent tension among the public. Through the relentless use of biased or misleading information circulated via mainstream media, the elite rulers intend to push a particular political agenda via emotional means. This mass-mind manipulation amounts to nothing short of a gaslighting propaganda war, one which exploits the human capacity for emotional reactivity. By using coercive fear and agitation, the ruling parties and their instrument of disseminating information manipulate the masses into either approval or resistance towards a given stance, thereby limiting any chance to engage in any reasonable argument.

The blazing Sun, in his first degrees of Leo, bursts forth with particularly fierce Machiavellian prowess. He seems garishly certain of his entitlement over ‘his’ domain. However, against Saturn, also opposing in Aquarius, Leo’s self-serving ideologies are seen by those who are seriously sceptical as being perilously flawed, for they inherently function as barriers to the acquisition of all, even his own self-knowledge. This self-blindness does not go unnoticed at this lunation.

Worse still, the Moon, besieged in this lunation between Saturn and Pluto, reveals the heavy suppression of subjective beliefs of individual citizens. This organised and systematic control of people’s intuitive ability to form independent networked engagement only crimps and distorts their sense of social security. Thus, shutting off all means for public discourse and debate, any reasonable hope for analysing our current social reality seems all but eradicated.

Nonetheless, the Full Aquarian Moon reflects the full extent of the self-entitled Leo Sun’s flawed ideologies as the epitome of injustice and inequality, producing a sort of ideological entrapment, highlighting all areas where the elitist agenda only promotes social division via the implementation of shady policies and skewed rationality. Ultimately, we discover how the elimination of free speech terminally undermines the core of liberal democratic ideals.

If Full Moons augur endings, then this stark intensification of the violation of our social liberties, and the ensuing division it causes, spells the end of any genuinely democratic system. Any system built upon the Aquarian spirit of facilitating scientific enquiry, political reasonableness and a notion of shared interests appears perilously under threat at this lunation.

The hypnotic deployment of undermining propaganda, the widening of the opposing stances between the ‘rulers’ and ‘followers’; the worsening corruption of social reality; and the militant attempts to gradually quash all channels of public political discourse sets humanity up toward the path of extreme Big Brother authoritarianism. Indeed, it is a road that Orwell, one of the 20th century’s most prophetic philosophers, spelt out very clearly for us less than 100 years ago…

Fortunately, and we must say this with the greatest respect to the auguries blessed upon us by the stars, the human race has the capacity to respond to crises in ways that are uniquely creative. Yes, these next few months, with Pluto squaring Eris, will be among the darkest as we either learn to evolve or be vanquished under the evolutionary process. This must be the way, for no transformation can be complete without the “dark night of the soul”. Something is merging us all together, passing us all through a monumental upgrade (mind, body, spirit), ensuring that the way we think, feel and act – both within ourselves and towards one another starts to resonate less from a place of survival-fear and more from a place of love and acceptance.

As usual, I have also provided an in-depth analysis of the more general effects of this Full Moon upon your individual sign in your special, empowering horoscope readings.

Blessings to you all, and may you have an amazing Full Moon xx 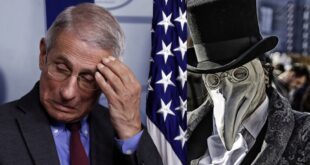 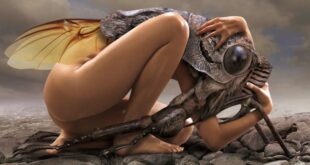 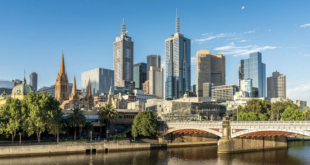