JUPITER stormed into Aries on May 10, where, fanned by the double fire of this combination, the god of gods will wreak his self-styled crusade for a higher law and demand moral justice, sparing little or no mercy for the principles of others when it comes to asserting what he feels is ethically or religious right.

Yet the question must be raised, what is the philosophy of those who demand moral justice, and other than self-advancement, or promotion of their individual cause, do they even have a philosophy?

Regardless of where you stood in principle before this date, it seems likely that you will at some feel inclined to leap into a whole new ethical territory, or at least be pushed into it. Due to the ‘refresh’ effect of any planet transiting through Aries you will be inspired, challenged even moved to explain what you stand for because Jupiter, who aims to bring purpose and meaning into our lives, makes us all ask this question. Going on an existential quest can either make life better or ruin us through excess, dogma and arrogance and half-baked ideologies.

In any case, with the adventurous Jupiter in Aries, we set to launch into wild, new ethical frontiers. It is a terrain where some assume they are the law, and some are above the law. In this vein, also be prepared to meet with self-righteous missionaries, bullying vigilantes, and overbearing agitators in a battle to impose their high-handed moral principles on everyone crossing their path. Wherever doctrines and beliefs are concerned, you will be challenged and may even challenge others to argue and justify their standpoint.

In one sense, this high-spirited energy epitomises the mighty struggle for the individual as a cosmic child of the divine, imbued with the impetuous spirit of the infant, upholding individual sovereignty and fighting to defend healthy boundaries for oneself, or those who cannot fend for themselves.

In another sense, we can expect the escalation of reckless or foolhardy conduct. Boastful, boorish self-aggrandisement tries to ram home one’s single-pointed quest for personal glory. Over-optimistic, ill-prepared, overly presumptuous and a bit naive, we may often see folks charging blindly into territory where only fools rush in.

The first few months could be most confronting as fiery ruler MARS also joins the fray from May 24, leaving Aries on July 2. Attitudes and principles are pushed through, asserted fiercely and rigorously without warning or regard for consequence. Jupiter here promises to aggravate the most fiercely contentious issues raging between conservative and radical sides of any argument. Skating back and forth over the troublesome midpoint of the SATURN/URANUS square several times – mid-June, end-Sep, mid-Jan, he seeks to introduce a new brand of law and order to the wildly unregulated shifts happening in society. Look out for some severe backlash around SEPTEMBER EQUINOX, as all three planets form a near-perfect octile dynamic while in retrograde.

In his initiation (~May 15), JUPITER immediately semisquares URANUS. Those prone to argue at the drop of a hat will find themselves in angry disputes over whatever “means a lot to them”. This fighting spirit may be excellent for prized lawyers, fearsome warriors, advocates in Congress and leading sports figures but a little hard to take from your garden-variety street-fighting brawlers and virtuously-militant keyboard vigilantes, whom we encounter daily.

Moral activists and self-appointed ethicists can expect huge hindrances and disappointments when Jupiter meets Saturn from July to Sep. The consequences of overblown inflation, performative liberalism, celebrity decadence and misplaced patron überconfidence lead to massive letdowns – spiritual deflations that ultimately result in a slowdown in the economy and spending. Morality binds and blinds, they say, so either an ideology will bring the group together or cause wild discord and dissention and dismay.

By end of September, when Jupiter again meets Uranus, dissenters from society’s hype and discreited nonsense can expect massive upsets such as job redundancies, layoffs, cancellations, issues adjusting to strange new laws, and summary suspensions. Quick tempers and mindless insurgencies create huge revolutionary-style chaos. Opportunities abound for those who can learn to control their angry mouths and assert themselves effectively, where necessary. The big winners are those who can demonstrate leadership that inspires everyone, and this comes chiefly fromthose who can exemplify that they stand in their own justified morality through bold innovation, self-sufficiency, easygoing noble action.

Jupiter dips briefly back into Pisces in Nov, returning to Aries on December 20 (Solstice). Jupiter will finally exit Aries with an epic Chiron/Eris-style retribution in May 2023. This is a turbulent time with much unavoidable confrontation because, let’s face it, it’s time we started demanding some cohesive sense about what we believe and what we are so damned certain is “the truth”.

We had much more to discuss on Jupiter in Aries and current semisquare to SATURN on our cosmic bus episode earlier: 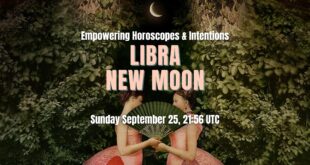 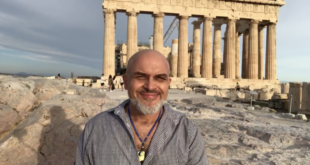 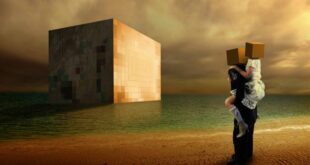 SQUARES: The Point of Tension