In Aquarius, the freedom-fighting Mars combines with the harsh disciplinarian force of a socially reformist Saturn, hampering activism and controlling ‘social justice’ waves of anger and frustrations with the distinct effort to instil new control systems. It is an indication that we are entering a whole new 2-year cycle of painstaking work, and since this cycle commences at 22°Aq24′, (5 Apr 2022), this will be the second, more advanced phase of Saturn’s execution of a whole new order.

Mars is a particularly individualised force. Contact with Saturn, who defines reality through a cultural or political consensus, means that our personal drive must align with what is widely expected of us. This forced alignment is rarely easy since pressure seems to be applied upon our personal ‘fight or flight’ agency from the exterior. Though the experience is perhaps not the most desirable, its harsh, often cruel and unfeeling effects are enough to wrangle even the roughest and unruly of masculine energies into shape or a compliant state of submission.

It is a time to be cautious and conservative with our actions. Any primal urges or cravings to be mighty and triumphant could potentially either hamper, frustrate or delay our capacity to act appropriately or be met with disastrous restraints and uncomfortable penalties.

Like driving a car with the brakes on, the blockage of masculine energy generally converts to repressed anger – a pent-up fury and thwarting of one’s lower-ego drives that can become draining, debilitating, and even violently destructive. Saturn brings consequences (karmic justice) by imposing new measures, which Mars experiences as suitably hindered action.

Transits/progressions to either one’s natal Mars/Saturn aspect, or to a natal point during a tense transit could signify danger, violence, a tendency to get hurt or injured, and destructive or pernicious manifestations of energy. In any case, the more disciplined the energy the more difficulties are overcome or vice versa.

Physical desires seem hard to satisfy, and efforts to pursue a specific course or desired career path are met with exhausting, limiting, or fruitless outcomes.

Health issues could develop, such as irritations, inflammations, infections, and fevers. Anxieties of being sidelined, bullied or victimised usually relegate one into social submission or force one to become dependent on those who would ensure their survival.

This aspect can be unpleasant for women, who are liable to attract rather brutish, coarse and insensitive types. In relationships with others, they see them acting cynical, opinionated, easily offended and frightful to flee types. Withholding sex becomes a weapon of control by which to assert dominance over their mate. Often, fights, arguments or disagreements are a manifestation of unresolved, deeply psychological blockages or long-standing undetermined contempt for the masculine.

However, it is the male who suffers hardest with this aspect. His sensitivity or vulnerability to issues around his maleness, pride, autonomy, and sexual self-image will drive him to disguise these with overcompensating, disproportionate or violent actions, which often escalate matters to fracture or physical exhaustion. In feeling insufficient about his insurmountable obligations, there is every possibility that he succumbs to daunting outward pressures to perform in ways that are not natural to him.

Saturn’s 3D-world pressures and constraints, hounding expectations to act in a decreed way or produce a specific result, generate a ‘win-at-all-costs’ mentality. This culturally imposed stress negatively affects his spontaneity and ability to respond maturely. At worst, it leaves a debilitating effect on the masculine to perform creatively and his capacity to be open to what the universe has to offer. Rather than stepping up to show his competency, he psyches himself into a corner, fearing failure and resignation, effectively waging a bitter war against himself.

Hence, the unconscious masculine becomes effectively corralled into organised anger and war activities. Mobs, gangs, armies, police forces, militia, business executives and their organised workforce – any role in which the individual submits his personal drive to the collective, where Saturn’s fear-based conditions for public safety or security of ‘the state’ is the domain of the Mars-Saturn type. A latent cowardice to stand alone develops; the individual spirit is crushed; forced to fall into line with social expectations; deferring one’s standing alone to succumbing to crowd pressure.

More positively, this fusion of energies summons much scrutiny on raw masculine power to give it a distinct shape and training. Sustained applications of strict, gruelling discipline by our hard-assed supervisor, drill sergeant, athletic coach, disciplinarian teacher, correctional officer/counsellor, or Yoda-like martial arts instructor could prime us with technical skills and unflinching attitudes that could perform high-minded projects; accomplish impossible ventures, driven by careful and well-executed agendas.

This new, 2-year Mars-Saturn cycle in Aquarius encourages us to form new boundaries around our social consciousness and defend them more thoroughly. We need to concentrate and focus our efforts to be fair, just and considerate to others, with more patience and persistence when working through known blockages and difficulties, both personally and for our greater community.

Ultimately, the Mars/Saturn cycle in Aquarius teaches us that every individual and organisation plays a vital role in mobilising skills, talents, and life experiences, helping humanity move towards a more just and equitable world, where we all have what we need to survive and thrive in life.

Sign up with us to receive our free newsletter on Substack: 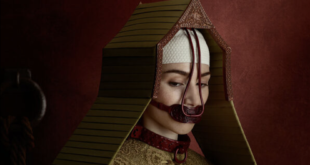 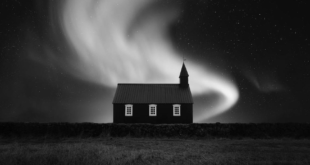 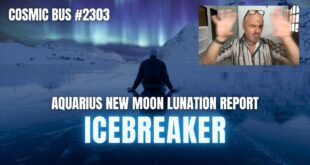