We are in a state of chaos and disorder; it would seem. Anyone you ask, every news channel, every expert and man-in-charge is here to tell you that the ‘system’ is spiralling out of control, that we are drifting aimlessly into the abyss.

The world seems plagued by an unstoppable disease, our future threatened by extreme climate swings; authoritarian demagogues are now pushing the precipice of war and thermonuclear destruction, and meanwhile, famine, hunger, and creeping unemployment seem not too far from our door, thanks to sweeping economic trends in industrial automation, robotics and machine-learning algorithms taking over the urban landscape and replacing our jobs.

Several times daily, we are told that the world is out of control. The warnings are dire and increasingly more desperate that we must snap out of our complacency, our evasive, unresponsive and illogical delusions and step up to do “the right thing”, or at least step aside and give it up to someone who can rise up and control this chaos.

But really? Is this ‘issue’ with chaos new? Has ‘man’ not struggled with the seemingly cruel and seemingly random ravages of nature – climate, disease, war, feeding the tribe – since the dawn of ‘time’ (as a linear concept)? Has not, throughout the ‘ages’, ‘man’ attempted to find some sense of order, structure and control over this chaos? Do we not say he ‘man-ages’ things because of his efforts to bring chaotic times under some level of predictability and control?

We observe that the greater, more advanced the man, the greater his need to control the times. Which times? Those would appear to be the past, present, and future in the linear sense. The supreme man cannot have any discrepancies and inconsistencies to his official narrative of orderly structure and tight, trim control.

Today’s man is replete with supercomputers and a hive of scientific experts in super-advanced labs that are not only tasked with dispelling yesterday’s superstitious errors and discrepancies but with seeking to solve all today’s problems whilst making inroads to state-of-the-art solutions in anticipation of tomorrow’s possible catastrophes.

And from what we’re told, those are huge, and we should worry. We should place all faith in man because only HE (whoever that is) has the power and wisdom to bring all this catastrophic chaos under control.

Have we become completely out of touch with chaos? Have we, in an effort to create a perfectly linear structure, lost touch with the underlying principles of randomness, evident only in studying the cyclical nature of this universe? This is why, as much as we try to interpret history, we miss its recurring lessons. We are not the first generation who has attempted to decipher and control the randomness of nature. This ‘Chaos’ element is feared by the dominant archetype of our world, which is the masculine Ego. Man’s Ego clenches because he defines the mere existence of a chaotic matrix as a lack of control, and that can not be. Man’s plight has always been to understand the matrix, to crack the feminine code and find the ‘secret’ formula that provides perfect order to the seeming randomness of this universe.

In this, it is highly plausible, given traces of physical evidence here, that higher forms of intelligence have once passed through this plane on their journey to discover this hidden power.

In the age of AI, every aspect of consciousness must be assumed to be trackable, measurable, studied for patterns and hence made predictable. But is this truly possible?

Those who study astrology know there are only cycles, cycles around cycles, cycles that affect other cycles. Cycles obscured by cycles. Cycles within cycles. If you observe these closely, you will see that history does nothing but repeat itself. What we call ‘chaos’ is simply cycles we haven’t yet recognised: planets or celestial bodies we have not yet discovered, or taken into account. What we call ‘random’ is just cycles we can’t yet decipher. What we don’t fully understand we dismiss as nonsense or magic. What we can’t factor into our credited theories we ridicule and deride as superstitious mumbo-jumbo and religious double-talk.

If we look at the universe as a finite system, we derive that there is, in fact, no free will. There are no variables. (Or is there?)

Everything exists in a set matrix (the feminine), a pattern of interconnecting cycles into which there is always a fixed outcome that man (the masculine) does not yet understand. But he is getting closer.

The bridging of the conscious with the unconscious occurs in the cyclical conjunction of the Sun (masculine) and Moon (feminine) every month. The confluence of energies between these two luminaries provides a beaming glimpse, not just into this primordial cycle of self-awareness, but illuminates where we are in relation to other simultaneous cycles. The current lunation, at 12°07′ Pisces, is about to coincide with Jupiter at 14°17′ Pisces.

There is something seemingly chaotic, random and mysterious about this mutable/water sign, yet only the Piscean knows that this is all an illusion. The highest form of Pisces knows that there is no such thing as randomness in the sea of seeming infinity. Just the power to tune into the entire matrix, embrace it as a ‘whole’ of possibilities, but in which there is ultimately only one possible outcome, one truth. This powerful triple conjunction opens new doors for all of us wishing to see through the smoky mirror of distortions, lies and conjecture, and the sextile (60°) phase to the awakener Uranus, produces a sudden euphoric sense of liberation, a quantum leap of consciousness for the spirit of awareness that lurks inside the mind of every observer. Whilst seemingly separated into billions of individuals, Pisces reminds us that we are all witnesses to the one experience, if only we can see beyond the misty veil; the smoky mirror of the Ego.

This ‘awakening’ is a welcome tool in a Pluto-darkened world, now blindly possessed with a mania to seize complete control and manipulate the interpersonal and material world to its own means, as indicated in the VENUS-MARS-PLUTO triple conjunction now occurring in the patriarchal, hierarchical Capricorn. Concurrently, a MERCURY-SATURN conjunction indicates that we are commencing a new cycle of scientific enquiry, which in Aquarius seeks to get to the cold hard facts without bias or any partial preferences or dependencies.

It is the launch into a new age, a war of ultimate light versus darkness, and we are entreated and implored to take arms and fight for the love of truth, harmony and greater understanding of this magnificently sacred matrix, the divine mother that holds us.

What is your understanding of this celestial story? Do you have faith in the greater system? Once again, to accompany our cosmic bus journey, I have provided a full reading for each zodiac sign in this current set of New Moon Horoscopes. Please read them carefully – SUN & RISING SIGNS (there’s a prayer in there for each of you), please enjoy, and just know – we got this! 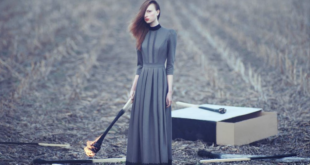 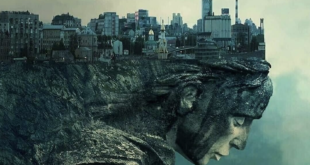 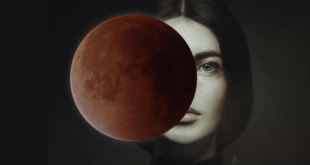