FULL MOON in AQUARIUS: Full Insight Into the Liberating Possibilities of a Complete State of Chaos

It’s Full Moon, the time of the month when the energies of the Sun and Moon are at their most disparate and least inclined to agree with one another.

This electrifying lunation is filled with discordant energies and represents the height of social antistasis. Along with significant other planetary discordances, its uncomfortable reception to a fixed T-square from Uranus permeates the electromagnetic field around us with a strongly resistant, revolutionary fervour. You may have noticed a powerfully irritable charge building up, both within you and around you all weekend. Watch you don’t hold it too tightly. It’s obvious that everyone is getting all worked up into an unprecedented state of public frenzy and hysteria over the seemingly most ordinary of things.

Nothing is ordinary. The mere mention of the word sends people’s emotional state into a tailspin. This is the energy that ’causes’ things to smash, break into pieces that are beyond fixing.

The Uranian T-section to this fixed/positive lunation means old-school ways of social expression are totally disintegrating. Fixed energy cracks up because it refuses to bend. Sure, it may have held out for a long, long time, but under enough stress, as indicated by this moment in time, it finally crumbles.

The energies of the Aquarian Moon do not mesh easily with the lunar principle. They only generate an instinctive resistance to acknowledging and validating emotional needs and feelings, unconsciously dodging any need for emotional closeness and intimacy. The Aquarian lunar energies generate a pressing need to experience and express a sense of individuality, to be free from restrictions and attachments to the past and to interact with a wide range of people through the use of intuitive, inventive and abstract mental faculties which call us all to contribute meaningfully to society.

The opposing Leo Sun radiates a sense of nobility, although this is potentially received as coming from a self-interested, tyrannical agenda. Leo’s sense of privilege is generally displayed with pomposity and a desire to hold centre-stage. When, as in this potent lunation, it is not received in the spirit of radiating light and warmth, it indicates just how divided our world is over the most fundamental values of the human spirit.

The square from Uranus, ruler of Aquarius, further agitates matters to the point where the clash of disparate energies and personality disorders accommodates other difficult planetary conflicts. Many relationships are likely to become a heated battleground; domestic and political conditions are becoming greatly unsettled as people struggle with unresolved inner conflicts seek to act out, often indiscriminately and in angry retaliation to any signs of oppression. Finding a satisfactory balance between the desire to hold one’s individual integrity and contributing to a workable communal effort cannot be achieved by resistance alone. A lack of discipline and application of insurgent energy is only exacerbating personality conflicts, both in the personal and political arenas.

The fixed/earth Uranus square to both the discordant Solar and Lunar energies delivers even greater propensity for sudden, unnecessary disruption and pain. For instance, you will observe a sudden cooling-off and unexpected ending of primary relationships. This becomes a sore point as we struggle to transition from the Age of Pisces to the Age of Aquarius. Uranus introduces sudden breaks from any perceived order, threatening to sweep away most of our life’s foundations, uprooting us from the systems of the past. While this can temporarily generate an atmosphere of excitement as it gives us a glimpse of the potentials of unrestrained liberty, we lose the necessary anchor beneath our feet, creating utter chaos and instability.

There are many vital lessons to be learned here. These are times when cooperation, commitment, responsibility, compromise, and shared decision-making are severely imperilled by individuals’ innate right to always be dominant, authoritative, or right – expecting all others to acquiesce to one’s authoritative will or to bow to one’s unqualified needs for freedom when they themselves deny us of the same rights. Beyond reason and logic, there are those who are inclined to obliterate any semblance of order in their quest for greater freedom from any constraints.

Mercury’s opposition to Saturn generates an intense air of scepticism, intolerance and mistrust about everything we hear and everyone who opens their mouth. Official narratives are ridden with anxiety and admonition. Careful verification and even outright rejection are almost certainly playing a critical part in the decisions we make concerning ordinary contacts and in our accustomed way of thinking. The distrust and fear between the people and its government and corporation have reached epidemic proportions.

Mars’ square to Jupiter further aggravates the sense of dissatisfaction and dissent with laws and legislation. Some individuals will fight fiercely to uphold their own sense of importance and to be completely unfettered and independent from authoritarian rule. A strong dynamic has developed, and whether fighting with or against “the law”, people will try to ram opinions across to one another in the most pugnacious manner, underestimating the force and application necessary to achieve their ends, often biting off more than they can chew. Parties are inclined to overreact, beginning wars that they have no chance of actually winning.

It stands to reason that, before engaging into action under this Full Moon, ask yourself which areas you are trying to change. Try to look at things realistically, evaluate your needs, your dreams and desires thoroughly before launching into action. See whether, by deliberately destroying existing foundations, you hope to achieve any lasting peace.

This Full Moon ultimately brings the realisation that, without throwing your life into utmost turmoil, without destroying the foundations upon which it has been built, you cannot hope to create the space necessary for new creative endeavours. But here, also consider which attitudes should be abandoned in order to renew your life or to improve your relationships. If you are suddenly energised with a rebellious streak, use it to positively change whatever is not suitable. To ignore this means nothing less than giving into a collective psychosis.

In an age of severe crisis, the government of our peoples – that substantial symbolic order that regulates our interactions – is simultaneously disintegrating, displaying its inefficiency and bombarding us with exact orders on how to act, what to do or not to do.

In all of this, it is necessary to know that an active, rather than a passive, approach is required. Some force of action must be applied to shift your own, and thus all of humanity’s, rigid attitudes out of their current descent into unprecedented chaos and hysteria. The Leo Sun is there to remind us that without love and unqualified acceptance for all things to work together in unison, there is no hope for life on earth.

Blessings, and have an amazing Full Moon xx

These Full Moon Horoscopes are vital reading in trying to better understand the messages of this lunation and the coming times. Make sure you are on board with these, and remember to catch us in our weekly Cosmic Bus stops. 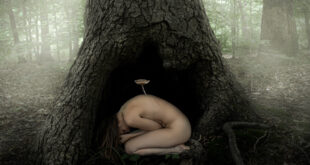