ERIS: Goddess of Strife and Discord – Eris In Myth

There was once a wedding banquet thrown by Zeus, a huge ceremonial convention of great pomp and significance, where all the gods and goddesses would be invited. However, due to her wild, unruly nature, Eris was not snubbed from attending, assumedly because her presence might just foul up the entire party.

Spurned by this rude unwelcomeness and true to her scornful nature, Eris decided to crash the event anyway, if only to throw in a highly-prized golden apple from the blissful Garden of Hesperides. On the inscription was “to the hottest goddess of them all”.

This created a scramble for position and great commotion amongst the contenders, turning the affair into a veritable bitchfight, especially between Aphrodite (♀), Hera (Juno) and Athena (Pallas) who each made insistent claims to the apple for their beauty. Asked to adjudicate on who was the “hottest”, Zeus respectfully refrained, since his interests in goddesses were wide and varied and he did not want to cause waves for himself. Instead, he called on local Trojan boy, Paris to make the call – a man praised and renowned for his fair judgement.

In a sense, this becomes the first-ever ‘Miss Universe’ contest, with all three goddesses putting it on for their young judge. Stripped naked, each quite beautiful in their own unique way, they also put out certain worldly goodies that might persuade their judge to choose them.

Hera, the mother of all goddesses, and wife of presidential god Zeus, is powerful enough to promise to make Paris King of the world if he chooses her.
Athena, goddess of law and order, whose beauty is not sexualised but holds her femininity secondary to her wisdom, offers Paris a glorious and respected career as a military ruler.
Aphrodite (Venus), goddess of the allure and sexuality, promises to fix Paris up with the most gorgeous mortal woman on earth – Helen of Sparta (who incidentally happens to be married to King Menelaus).

After some thoughtful deliberation, but mostly ignited by his loins, Paris chooses to prize Eris’ golden apple to Aphrodite. This causes all sorts of troubles, especially when Paris steals his prized Spartan queen away to Troy, sparking off the Trojan War – a 10-year epic saga, which involved much decisive interference from the scorned and enraged other two goddesses.

MORAL: It doesn’t take much to start long-lasting strife and discord.

Eris’ extremely inclined (44°) and radically eccentric orbit mean that she often reaches far out of the ecliptic path to bring through abstract consciousness from wonderfully unusual realms. Initially, these bring great discord to existing notions or structures in our consciousness, especially if we are too ego-attached during the transitionary period of her diabolical influence. Due to her ultra-slow motion, her intense insistence on melting us to the bone, grinding us down to our core essence – the nothingness within – she helps expose us to a new level of universal vastness.

To those who are obsessively hung up on themselves, steeped in arrogance and self-importance, Eris applies an intensely gradual discomfort with their deepest sense of self-acceptance, throwing their entire universe into a complete tizzy. Widespread chaos and disarray ensue in their lives until the new consciousness – that they are no longer a party to anyone else’s fare – is accepted and integrated, eventually raising things to a new order and social stability.

Eris’ vast distance from the Sun (100 times further than earth/3 times as far as Pluto) gives Eris a ~558-year orbit, (310 more than Pluto). Interestingly, after only one full revolution, Eris has only, just this year (2020), is returning to the exact same degree of sky (23°♈04′) she transited in 1492 – the year Columbus discovered the New World, an expedition that physically proved that the world is round (not flat), thus launching the age of discovery.

Sadly, this had a tremendously disruptive influence on both the inhabitants of the new and old worlds. It launched the entire human race into a 500-year global sprawl, one that commenced with the formal invasion of the Americas – a once pristine world of overwhelming natural beauty and abundant resources and of the precious kingdoms of indigenous people everywhere, eventually threatening the natural existence of an entire hemisphere, especially in the Aztec/Mayan civilizations (Central America) and the Incas (Peru) where human beings connected to their nomadic, shamanic ways indeed trod very lightly upon the planet.

Currently, Eris (23°♈06′) is being squared by Pluto. Forces that have been conspiring to maintain an unfair stronghold of power over the masses using secrecy, slavery, financial indebtedness, sexual obligation, legal liability and other means of manipulation become challenged by wildly unforeseen incidents that disrupt and dismantle any sense of order and control.

A series of triggering aspects through later April and into May 2020 launches humanity into some enquiry as to what may be causing the upsets. Haste, intolerance and bigotry produce unfortunate scapegoats and naive shills who will be exploited by those in power to divert attention from the true underlying source of corruption and centralised control.

Ang Stoic is a professional astrologer and cosmobiologist. To book a private consultation, please complete the linked application form [click here]. You will receive a full response to your request within 48 hours. 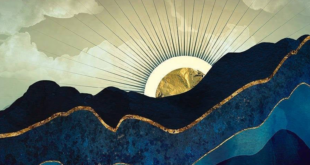 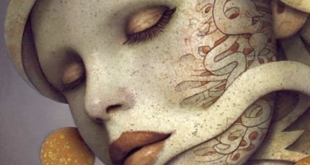 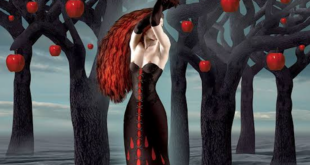