This article looks at the key planetary energy shifts over the next 12 months. It has been prepared for premium members of the Cosmic Tribe. For a general overview of 2017 please link here.

This bombastically explosive blast of unbridled enthusiasm accelerates many of us into the 4th dimensional state of mind over the early part next year. Being in opposition, we experience this energy combination through our relationships to others, often as a uniquely inspired understanding of just how much we depend on one another. Sudden insights and breakthroughs are inevitable, there is a tendency to blow things completely out of proportion or to have an extreme reaction to seemingly little things that we may have found acceptable in the past but today are unwilling to tolerate. In our capacity to see through the issues, learn about, and cut away from behaving in ways that no longer make sense, this transit provides a phenomenally clear filter in the process of letting go of any imposing little hooks that kept us tied down from experiencing true freedom. The downside of this will, of course, could be rebellious behaviour which, en masse, translates to revolutionary activism and protests, possibly violent demonstrations.

Pluto’s alignment (T-Square) to this opposition (Apr-Jun) only intensifies our need to be free and to express ourselves more openly. Through coming to trust the inspirations that we receive, greater personal transformation begins to take place. We will see this as the linchpin that pulls apart the old world, rolling us into an almost surreal state over the middle months of 2017.

The more alternative or ‘shamanic’ methods of healing go against those of accepted convention and cultural establishment. Mavericks in the system can create situations which introduce new light to old illnesses and maladies, methods which run contrary to accepted norms and can cause confrontation or resentment in the traditional healing fraternities. This conflict causes both sides to adapt new measures and disciplines in their usual practices eventually allowing them to attain mastery and become worthy guides and teachers for others to help overcome wounds and karmic afflictions.

This significant aspect, carried over from the end of 2016, highlights the enormous shift in our own personal and social limitations brought about by tremendous new insight into our mundane world. Since November 2016 there has been a growing realisation of the true meaning of freedom and independence, allowing us to access the deeper spiritual implications of all the qualities that make us a unique individual. Essentially, these planets will continue to create a harmonious backdrop in our ability to demonstrate practical and effective ways of bringing progressive new visions into our reality.

This becomes the key to how we integrate the profound new insights of the Saturn/Uranus into the moral principles of our lives. Finding a harmonious and successful way to discipline ourselves in the face of so many shifts means we must develop an acute ability to be better discerning and critical with what is going on (both within and around us) and yet open, forgiving and accepting at the same time.

It may seem that there is really very little congruity between our dreams and highest visions and the usual choices open to achieving success, as traditionally defined by society. Our great expectations and high hopes to make a big splash in the sea seem to leave us more than dissatisfied, if not jaded and disillusioned. This is a period of re-adjustment and reorientation, where we are having to come to terms with those areas where we may have taken off into abstractions, deceptions, delusions, misplaced trusts, false hopes and placing faith in hypocrites and scoundrels. We are all somewhat complicit in this conspiracy to confuse our reality.

Because Jupiter and Neptune are both stationing in the middle of this period, this time also produces profound new experiences which impact humanity deeply, arousing our more mystical nature and helping prepare the planet for the total intervention of spirit over the egoic mind. It is still impossible for many to assimilate this new, exalted sense of reality into our traditional beliefs. We do not quite have the language to comprehensively interpret the richness of its symbols for it to make enough sense. What is provided, if we can stay present enough and not descend into seduction, inebriation, psychedelia and perfunctory spiritualities is an opportunity to disbelieve. Dissolve all faith. Go back to the source for new dope. Might have to adjust our senses of perception to integrate a whole new paradigm of understanding.

This aspect will be in tightest effect from July to November, and continue over the next 2-3 years.

In the last hundred years, the only time these two planets were 45° apart was in 1973 and ’74, just prior to their phenomenal, protracted conjunction which was to occur in 1993, launching a new kind of ‘industrial revolution’. This conjunction came shortly after the ‘harmonic convergence‘ of 1987-89 of Saturn/Chiron/Uranus/Neptune, introducing a brand new ray of consciousness into our earthly realm.

Now, as in ’73/’74,  shuttles a certain amount of detachment around our spiritual endeavours. From an esoteric perspective this aspect relates to the lifting of the hidden veils of the spiritual hierarchy. While some may call this 172-year cycle the technological revolution, it is perhaps more accurate to see this as a ‘spiritual evolution through the use digital technology’.

It marks a period when many people’s consciousness will turn towards expressing an interest in higher-intelligence, advancements in technology, supernatural phenomena and higher realms of mysticism. Metaphysical studies and new systems of publication of spiritual findings will open up to the mainstream, nudging conventional bodies such as governments, corporations and religions to step up their methods of reaching the public or suffer a demise with their constituents.

Jupiter’s final opposition to Uranus busts us completely loose now from any unfounded belief systems. This transit becomes the ultimate realisation that things begun during this time may never reach fruition unless they are in some way grounded in absolute truth. In practical terms, this is more a period of breakdown and disintegration of phoney dreams and promises. Also, there is the exposure of having being deceived by impostors or impersonators or where we ourselves may have fooled or impersonate others for devious reasons.

A reverberance of the themes outlined in the Mutable Grand Cross (Jun 4 2016), where enthusiasm and pompous hype to turn lofty ideals into a physical reality, depended mostly on the confidence and optimism needed to sell these. What we come to see now is the growing understanding that any reality is only a mere version of an illusion. It is henceforth impossible for intelligent beings to accept deceptive practices which come concealed in religious ceremony or innuendo; receiving answers to mysterious questions through channeling or meditation/prayer or inner deliberation.

It is not enough to just have grandiose imaginative visions. We are now blessed with a tremendous willingness to do whatever needs to be done to help others. The transcendental elements of Neptune will assist individual to motivate others and evoke great enthusiasm for the purpose of either deceiving, using, or duping them or if used responsibly to take others to realms beyond perfunctory mysticism and into the divine. A danger of depending on drugs/medication to escape the pressures of reality, and individuals must be warned against being drawn to mystical practices to explain the inexplicable.

Jupiter trine Neptune (Dec 3)
Many may feel drawn to the paths laid out by spiritual teachers, wise counselors and clerics. A deep and abiding faith in humanity begins to form into a devotional and compassionate way. Using imaginative symbols – artistic, sensitive and musical methods, we are able to create an easy, natural understanding into human psychology and mythology. Warnings not to become overly focused on the bigger picture and lose sight of the practical, daily steps involved in reaching ideals.

The realisation that as hard we try to keep things real, they somehow fail to measure up to the shifting standard of society.

Jupiter on the Neptune/Pluto midpoint (Dec 21)

An ability to understand things at an extremely subtle level raises our collective eagerness to explore our imaginings with the hope that they can somehow be employed to further our own personal evolution. 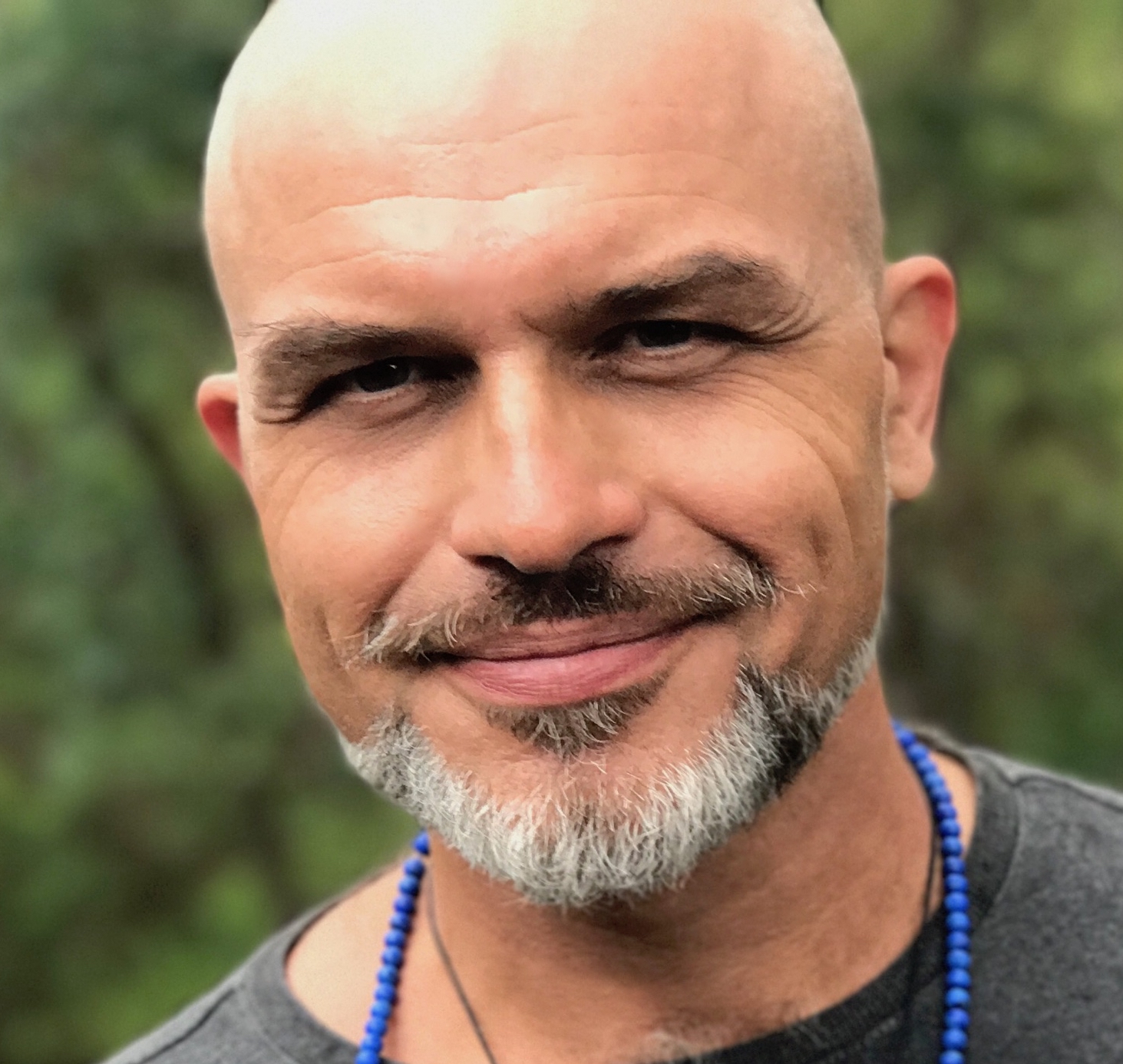 Ang Stoic is a professional astrologer, teacher and writer based in Melbourne, Australia.  If you are a full Cosmic Tribe subscriber, you may take advantage of Ang’s December special – book a private session with Ang for only USD$99 (full 80 minute reading). Offer applies to all sessions booked in December*

All sessions by appointment only (in person or via Skype)

*waiting times for sessions may apply 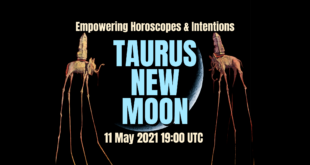 COSMIC BUS #2118 – Reformation of a New Earth Being